The Party for Moderate Progress Without the Bounds of the Law

You who remember Squire Gonks’ Almanac and Charlie’s Aunt beware. Beware of foam stuffed velvet aphids. of gaudy palmable comfort bags,  of protei packed cabbage patch dollies, and other suchlike pre Vietnamese potbellied fads.  Gaudy were those blobs born fully formed of an optic oil crisis and a  major miner’s strike that felled a regime of long standing empire of snot, botched though they were by lumpen candlelight late into the black out night during the three day week, when a ten o clock blindfold was a plaything of the pissed.

If the Gonks could do it then you could do it too. You could have a privileged white space hopper or a bespoke purple chopper and flaunt your carefree brazen streak in broad daylight through  scrumptious corporate orchards. Mister Mennish in ambition but not so cuddly as gonks were in a disposable tactile tantrum way; eminently best home-makeable on the laminate dinner table – blunt scissors, clear gummed, sample felts of tasteless hues & farbs – put it together and you surely got your Gonk!

Mine bestie was called Paulus, a mythical gnome in a fabulous lamimate wood, purloined from under a trestle table at a school fete worse than death by gammon tickling. It was Paulus who suffered a fly on the wall documentary crew to film in his ancestral home and share the ups and downs of  pastoral life in the knot of a tree with a bunch of fellow arboreal misfits . As I recall there was a big mean black crow called Ted Hughes who harboured deep dark secrets of the occult and allotment plot.

Paulus disintegrated  after a vigorous drubbing in a temperamental twin tub. having always had a penchant for self harm then known as accident prone by abusive adults.

Life sure weren’t perfect by no means in the seventies.

Halfway up on a blasted stump

Beneath a humming pylon

Beside a scruffy gorse

Makes them shuffle, snort in concert

a face full of kites & whites

all plot lost to angst

Sorted out my window sill

House of Teeth beneath

The North face of The Ogre!

bleeding all the way to the tank…

when you have read this

check top of head for gaps

You just did a pome

Shield early before the new luckdown.
Shutdown early for Juul.
El Scruffo & Bones calling up the big shots to squeal.
Morphed solid when the bowels moved blue heavens.
Continent inflamed by snoods.
Await the balsawood Liberty Ships.
Winter of ’40 revisited.
Listen to the World Service.
Narvik was a gas…

Change at the top looks imminent. Fishfarm McGove lurks in the wings.
But if Trumpington-Smurf gets ousted by The Ghost Wind
then Joey Gorky is well parked as the comeback stiff

Existential bubbles will self-combust in peripheral tantric flight
or get brought down by Tesla drones. Time for a penicillin shot.
Bawds risk the wrath of the coparphagic Lords.

In it to Bin it 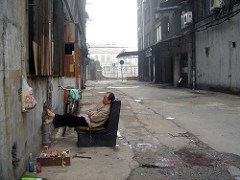 down the municipal crem
weep your distance at all times
emasculate

…
Wasps nest in the brickwork housed behind the suspect sea of nettles
hides in lockdown under the auspices of thriving Jacoranda
The summer rains are set for the artificial test match
Time for old gits to argue over shit and twigs.
Prime Monster’s Hour Approaches
Peep spectres from the inside of a doughnut
insist on right on bluesky thinking over great balls afire–
straight thinking makes immediate connections

…
Spoonful, loving spoonful tells me
let the fresh air flow
anaesthetize the stingers
exposing jawbones of contention
piled up outside the door
ready for disposal by the authorities

…
Back we go to 2002
economically
in only three months
of inactivity.
ran fast to keep up

…
Found the wasp factory absorbed by Netflix
Weatherwise a goddam ugly gray
Practised the sober art of restraint
Giggling at Scarface
Sporting Clodhoppers on and off
Normal people just wear footwear
as they go about their day
I am unreliably informed
by the Soggy Bottom Boys
Brian de Palma and the Coen Bros
don’t turn up your nose at those
guys who know their business
Two hours pass unstably after the cheroot
Naggingly concerned at making no effort
to fill the world with more of vogon woe
David Mitchell irked me talking up
all lived through experience like grist
to the mill of the creative artist. He was
punting his latest title about rock musicians
with a catchy title that i have spilt at long off
Too wrapped up in disgust and despair. First
Brexit then Boris and now the plague and
a gammy leg. Must try to get out for a nose
about. Take a spin one evening for a run
in the country. Get away from the wasps and
nettles; the ghosts and kettles; the pavlovian life
of the house trained nutter. A return to the world
is a widespread problem nowadays. Not the exclusive
domain of the broken and wounded. The underclass
is swelling. This next wave is a wipe out.
Ovid relished a catastrophe
with a capital sea
Bollocks freezing off
sat up asleep guarding a marina adrift on regurgitated martini
spreading out between an outstretched quay of denim legs
a little bite on the inner forearm
a smell of bacon frazzling in a slipper
historical glimpses into the now
impersonal recollections concerning
the economics of cooking cheese on crackers
little grievances and niggles reveal
what a drag we are become so

…
when the ill winds drop, sun breaks through the umpteenth time, the Windies build up a healthy lead. Considerable if still there at stumps
The soundtrack of summer
minus the old ones in the long room
…
Green tea and a change of strides to tasteful deckchair stripey; the makings of a supper; bake off half-baked sticks; chop some jungle tom-toms;
tins of odds and sods;
packet of ham in date;
ready salted crisps; or nothing till morn

Clear blue still summer morn; bread and butter night of many weewees;
an early morning vaper catches the dump train before a feed of comely opiates;
turned off the Sat Morn Media News and Ents for the entitled;
sun streams in unhampered by nettlebed and wasp factor;
entertain the needy when the tasks are done and the post is passed; nosey passives fo feed elsewhere; in it to bin it…

Summer in One Room

What gives with the sea of nettles growing up the windows? Loudly came no stern riposte.

You tell me what you often eat and I will tell you what you often are. Indeed. A bacon and egg primate, a rich tea biscuit and two squares of comely chocolate.

Sore toes destroy jjuicy insouciance like rabid tigers gnawing on a pariah; all hell broke loose in Hades while we simpered in the abbey ruins prisoner baiting and people hating

Consider the indifference of existence with a passion over easy

Reap harm and carry on

Your only as good as your last treble Lutz

She walks in beauty Tuesdays, Thursdays, and, if its nice out, Saturday afternoons.

Winceyette pyjamas it sure am not…

Aunty Mare and sombre Sky observe
the proprieties at all times
Beyond the me the other hard to pick out
through the wrong end of a spyglass darkly
Ye Gobs! When frisbees roamed the earth
and all the bus tops green canopy
Millicent and Marty sought cover
from true blue meanies
Conceived after bathing at Baxters
glaze your arses and shield you gonads
to bless the pointless little head of Sprog
of Sprog Coriolanuswnd wash him well

Captain Tom Pulls it Off!

Eye for the main chance that one; gets the job done mind you. Never hook a flounder after midnight or overlook a gift horse in your face; two fingers offer up a blind spot afore you go.

No look before leap opt out elsewise; refuse or nimbly fencesit riding shotgun for the pigs
Unprepossessed of full fat free range facts and fingers; thus impeded by a bunch of fives till dukes issue a halt to hilarity;
the wicker vicar throws a tantrum in a crowded one stop shop; why just stand giving out incendiary bon mots; head balled is no surprise;

An abbreviated nap follows rural retreat;
wait and see now ennit. Ennit never comes clean. To pull the other one: an invite to allcomers. RSVP. OUI. Four ponds and eighty two stents and cheap at half the price.
Stagnant wet fish market. Sinister Culverts? You bet your ass on that Nelly.